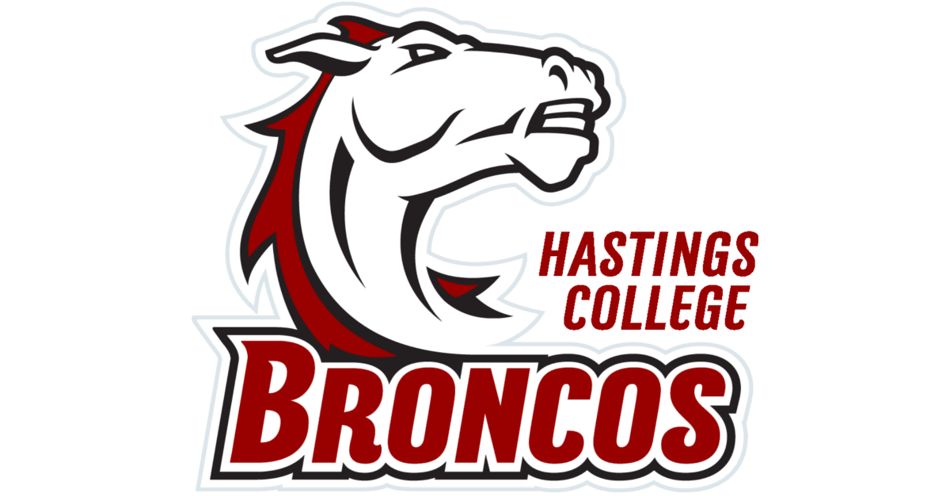 Hastings College Athletic Director B.J. Pumroy announced today that Trey Heckadon will be the next head men’s wrestling coach at Hastings College. He comes from Hiram College (OH) where he spent the last two years as an assistant coach.

"Trey Heckadon has shown impactful leadership as both a coach and in his time as a student-athlete,” said B.J. Pumroy, Hastings College Athletic Director. “During the search process he impressed the campus with his well designed plan and purpose of what he intends our wrestling program to stand for and become.”

During his time as a wrestler at Graceland University (IA), he was a four year starter, two time Leadership Award Winner, two-time captain and a two time national qualifier.  He also was involved with their Student Athlete Advisory Committee and was recognized by his department with leadership awards.

"Trey is following the progressions of being a leader as a student athlete, becoming an assistant coach and now has a program of his own,” said Pumroy.  “His vision of committing to the whole person as well as the student athlete has been defined by his experiences. His success on the mat will bring a connection to our men’s wrestling team.”

Heckadon was hired at Hiram in 2020 and was tasked with helping to start the men’s wrestling program at Hiram. One of his main points of emphasis was recruiting during the first year where he helped secure 11 new recruits including 10 freshmen.

"I was excited and grateful for the opportunity,” Heckadon continued. “I believe BJ and I share a similar vision for what this program can be. Very much looking forward to the opportunity to work with BJ and alongside the great staff at Hastings."

Throughout his collegiate career, Heckadon also spent time on the sidelines as a youth coach for the Yellow Jacket Wrestling Club, helping organize practice plans, teach technique, run YJCW wrestlers through drills and conditioning and coach at youth tournaments.

“We are going to cultivate a Family first environment that will help our student-athletes maximize their abilities in competition as well as in the classroom,” Heckadon said. “We are going to put a product on the mat that Bronco Nation can be proud of and excited about. While getting our student-athletes across the graduation stage and prepared to be successful long after wrestling. I look forward to taking this journey as a Family.”

A graduate of Butler High School in Butler, Mo. Heckadon was also a four-time Missouri State Place-winner and a three-year captain for the Bears.  Heckadon earned his bachelor's degree in graphic design from Graceland University in April 2020 and is currently pursuing his master’s degree in interdisciplinary studies at Hiram College.

“I’d like to thank my family for their endless support in my journey,” Heckadon continued. “A thank you to all my coaches and mentors that have helped me get to this point. A special thank you to Coach Vogel and Hiram for giving me my first opportunity in the coaching world. I wouldn’t be here without any of the people mentioned above. I’m excited to start this new chapter ahead… Bronco Nation, let’s ride!”

Heckadon will officially begin duties at Hastings on May 24, 2022.